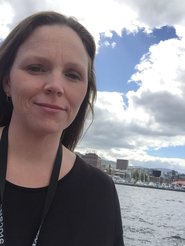 Sarah Nicholas, electrophysiologist and lab guru, Flinders
Sarah joined the lab in 2017, and with her 16 years of experience doing electrophysiology, she is invaluable. Besides managing the lab, she is studying target selective neurons in the hoverfly descending nerve cord. 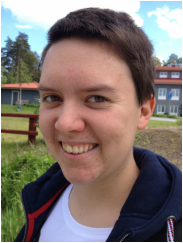 Malin Thyselius, PhD student, Uppsala
Malin has been in the group on and off since 2012, doing her Biomedicine Bachelor thesis, summer projects and lab rotations as part of UGSBR. She has been in the group full-time since June 2014, and started her PhD in 2015. She mainly works on hoverfly target tracking behavior, in the lab and in the field.

Dr Yuri Ogawa, post doc, Flinders
Yuri joined the lab in 2019 to work on target detection mechanisms. She did her PhD with Kentaro Arikawa in Japan, then a post doc with Jan Hemmi at UWA, and with Ajay Narendra at Macquarie. She thus comes loaded with skills.
Please follow this link for my up-to-date webpage 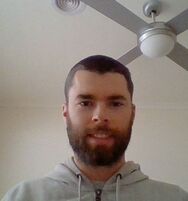 Luke Turnbull, undergraduate, Flinders
Luke is a 3rd year psychology student who joined the lab in 2020. He is working on hoverfly flight behavior.

Raymond Aoukar, software developer, Flinders
Raymond is doing software development for our virtual reality arena, while finishing his honours in computer science. He joined the lab in 2021.

Joseph Fabian, post doc, 2019-2021, now a post doc with Steven Wiederman
Richard Leibbrandt, programmer, 2017-2021, now a Lecturer in Computer Science
Jason van Leuven, honours, 2020, now doing a PhD in pharmacology
Kai Judson, Internship, 2020
Bernie Lagana, Post Graduate Medicine, Advanced Studies, 2019-2020.
Samuel James, Undergraduate placement, 2019.
Kevin Trunks, Honours,  2018-2019.
Klára Daňková, Internship Student,  2018-2019, now doing a PhD at Charles University, Prague, Czech Republic.
Marissa Holden, 2016-2018.
Van Sinh, trackball development project 2018, then a medical student at Flinders.
Olga Dyakova, PhD  2013 - 2017, followed by a brief post doc. She is now working in education.
Talha Shafiq, optometry student,  did an undergraduate summer project in the lab.
Demi Gao, was in the lab for about a year in 2015-16. She is now in Melbourne.
Josefin Dahlbom was the guiding star of the pollination project between 2014 and 2016.
Erik Karlsson worked as field assistant with Josefin Dahlbom during the summer of 2015.
Kristian Johansson, Master thesis for the Program in Sociotechnical Systems Engineering.
Frank Lee did his PhD in the group between 2010 and 2014. He's now running a successful photography studio.
Linus Nilsson was here 2011-2013, completing his Master in Engineering Physics. Linus wrote our data acquisition software.
Roel de Haan did his master thesis in the group. Roel then did a PhD with Christiaan de Kock in Amsterdam.
Sarah Kaspar, project student. Sarah then went on to finish her masters.
Andrea Adden, Erasmus internship. Andrea then did a PhD in the Lund Vision Group.
Johan Jakobsson, IBG master thesis. Johan the did a PhD in Lund.
Olof Jönsson, project student. Olof then did a PhD in physics.
Tomas Måhlberg, programer. Tomas then completed his master thesis.
Sharn Perry, honours, the University of Adelaide. Sharn then did a PhD with Klas Kullander, and is now working at UTas.
Jonas Henriksson, master thesis. Jonas is now working as a programmer.
Angela Winkler, Erasmus exchange.
Powered by